A good friend of me approached me 2 months back with his broken Nokia cell-phone, that all of a sudden died on him.. Number, pictures and messages were stored in the phone, leaving him without all his contacts.

I figured i could just have a look if it was something simple and if so, get it alive again to be able to back it all up. Once home i first tested a regular micro-usb cable but i did not see any led blink or indicate that charging was taking place. Measuring the battery it was totally flat but lacking means of charging it i told him that i didn’t get very far. Since that the phone has been laying around, doing no good to no one.

As i finished of the video camera charger the other day, i still had some max1555’s li-ion charger circuits at my disposal and figured i could build a second charger and see if i could get some life in the battery circumventing the phones own charging system. Since this would not be a permanent install i figured i would build something that could be reused, that had clear test-points and that could easily be connected to whatever cell i needed to charge. As space was not an issue i mounted the MAX1555 on a separate board (cigarette for scale, the MAX1555 is a non-smoking IC) 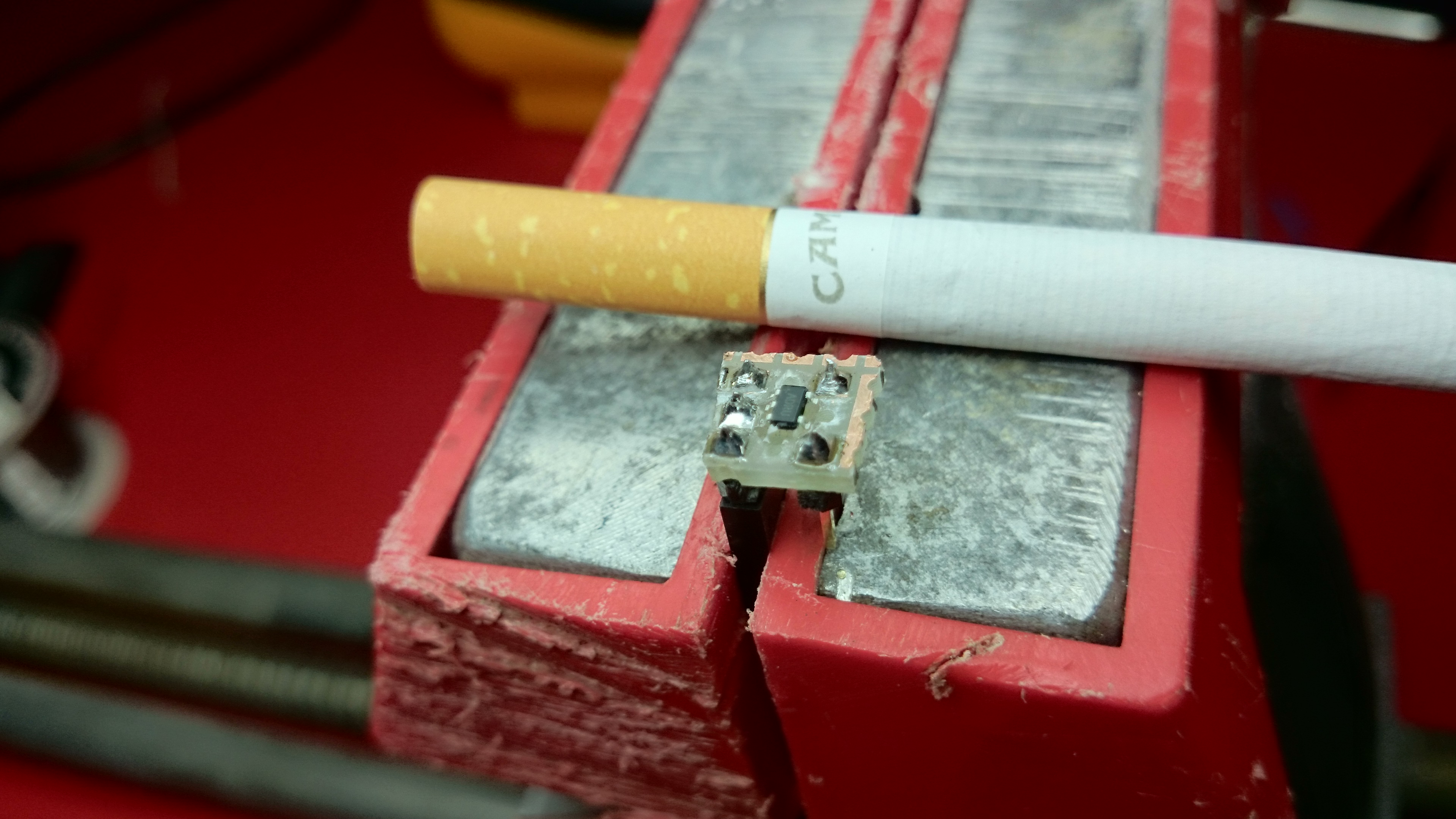 And then continues to lead out the tiny legs of the MAX1555 to the board. This board was added on top of the next circuit board using basically almost the same schematic as for the video-camera in the earlier article. 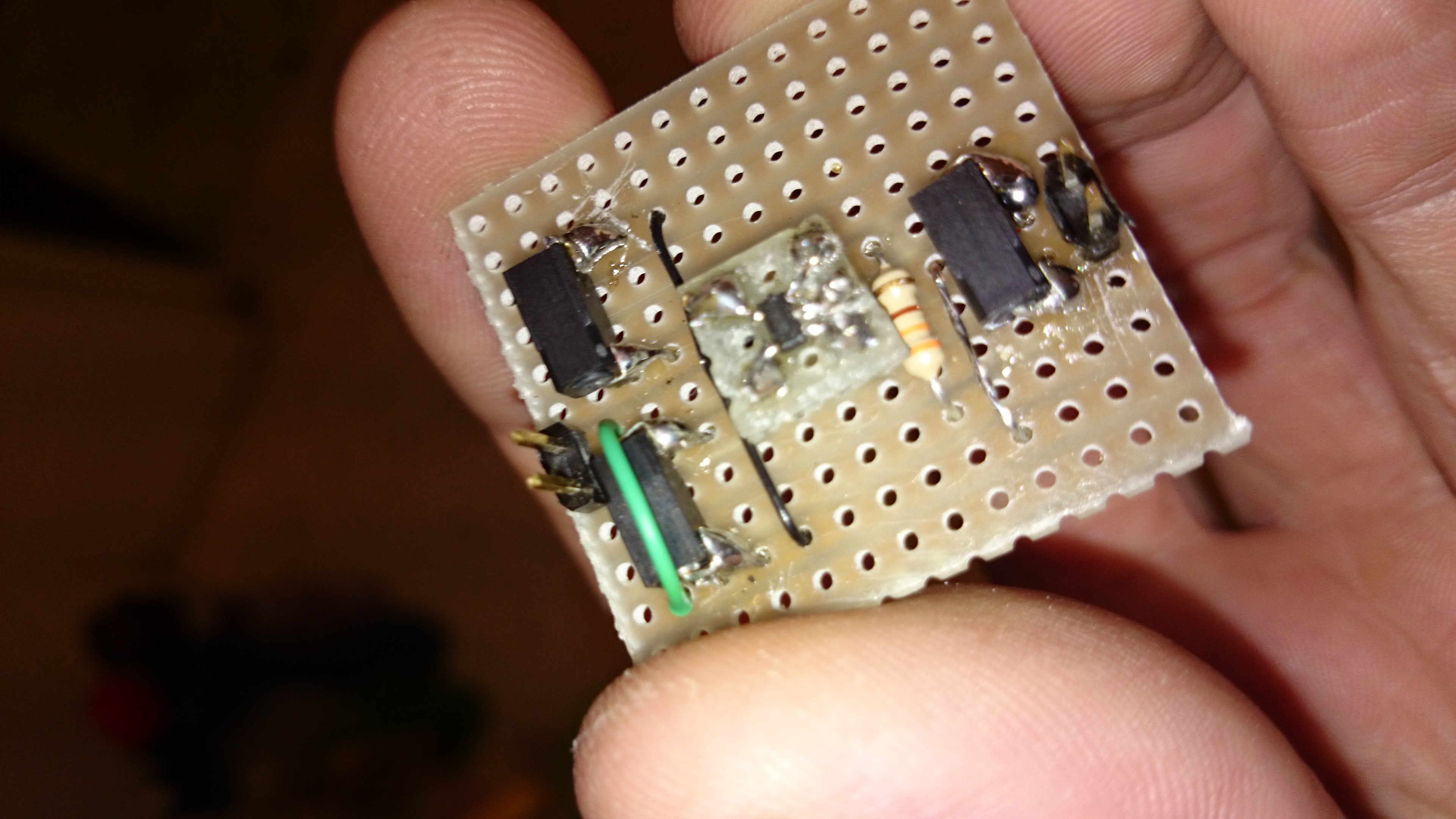 The battery belonging to the phone turned out not to accept charge, and in retrospect i find out the phone broke when he tried to charge it with a 220 volt charger in New York (110 volts ftw!).

This explained a lot. I took old nokia li-ion battery, hooked up the charger and the multimeter to see that the charger was working and the cell accepted the load: 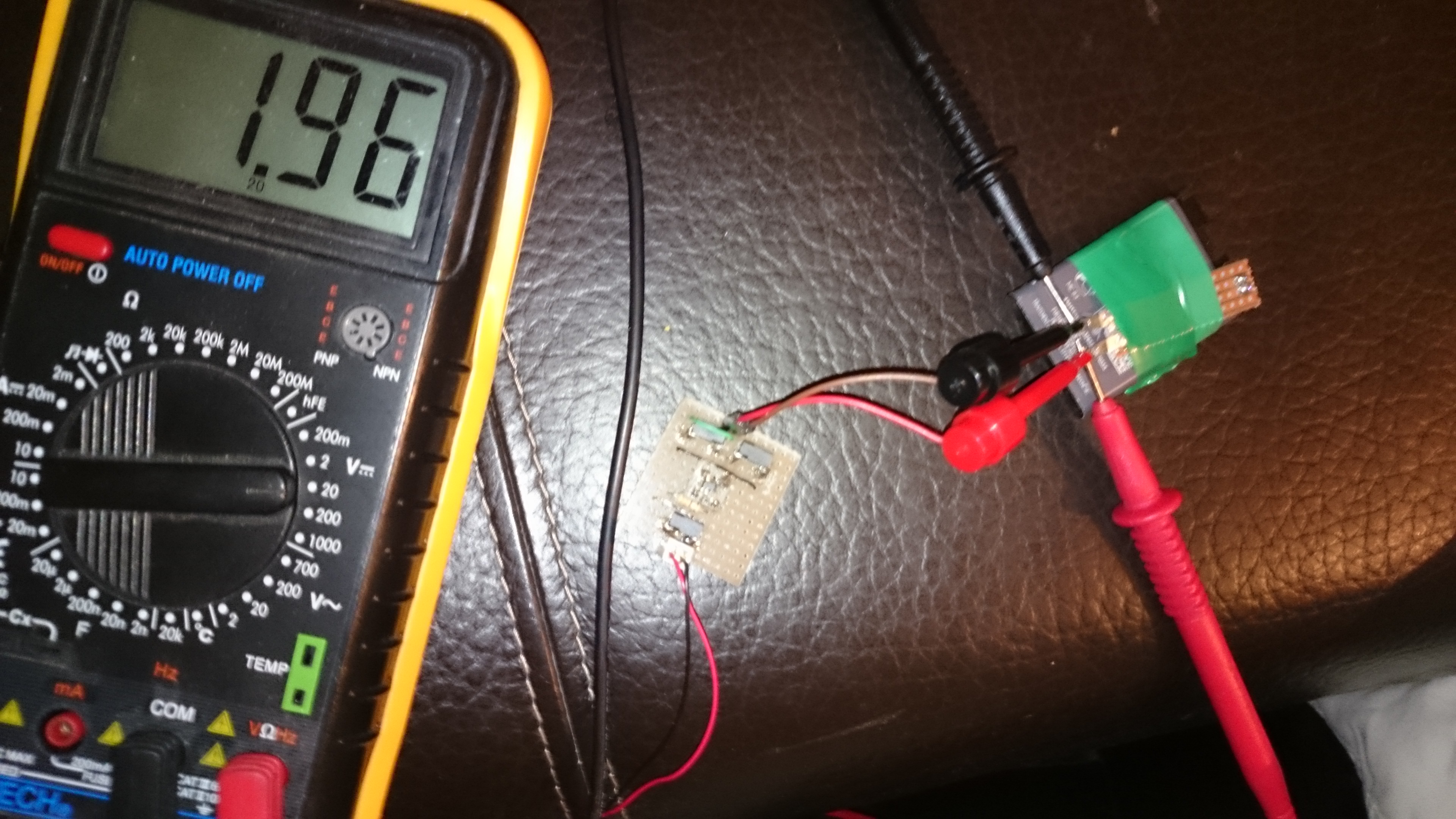 Turns out this old battery also had done it’s fair share of heavy lifting, and i had to dismiss it. Next battery in line was another Nokia battery from one of it’s first smart-phones. This battery worked straight off, and as i reached the magic 3.7 volts, i connected the battery to the phone and pressed the power-button, VOILA! 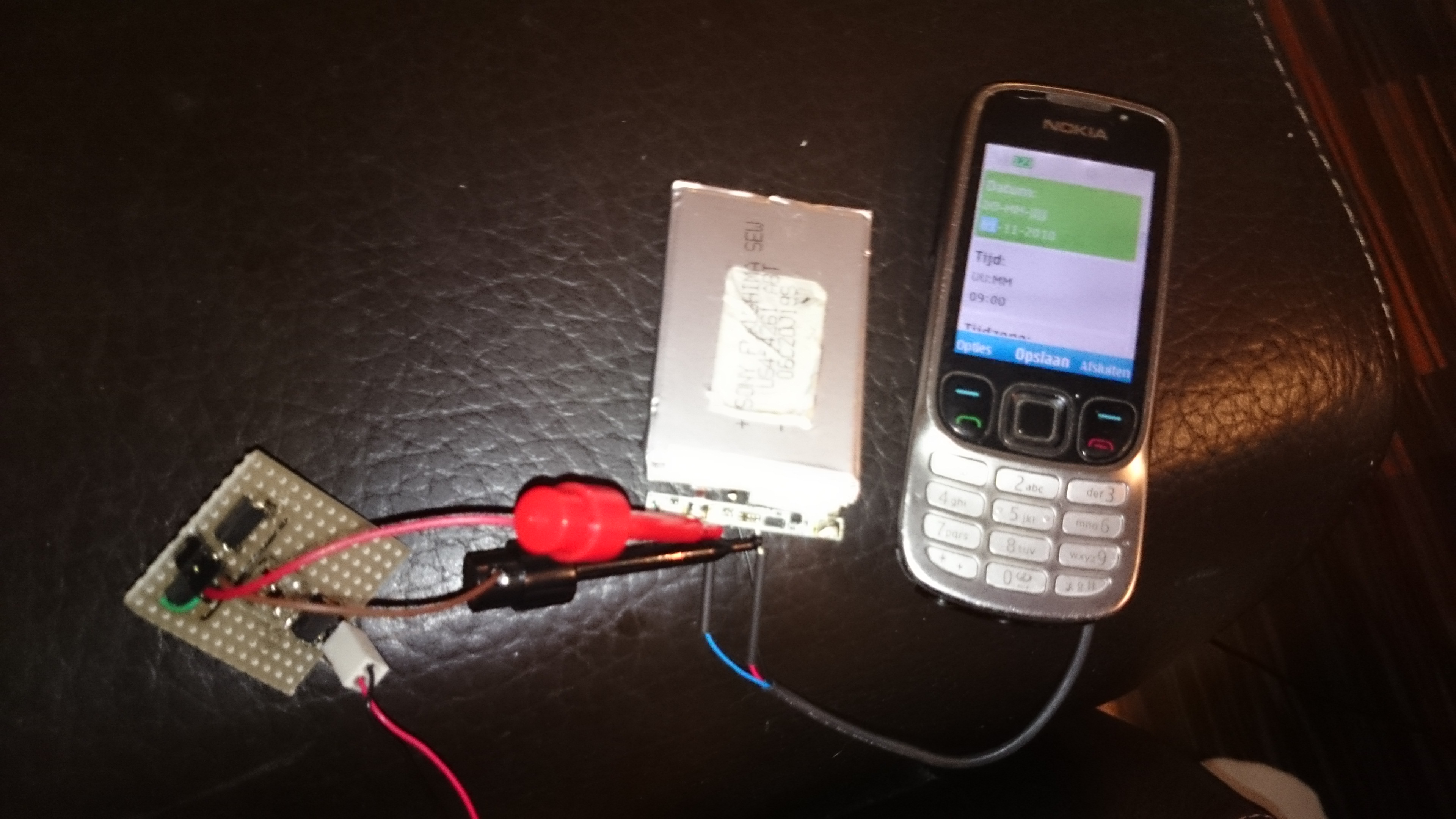 I called Mat to inform him the phone was alive again, who was very happy but this celebration lasted short, as the aluminium connector from the battery broke off, and no matter what i tried, i could not reconnect it. Having ran out of Lithium-Ion batteries i was stuck with Lithium-Polymer batteries. I desoldered the battery controller seen under the accumulator in the picture above, i soldered it to the LiPo cell instead resulting in a working but franken-phone seen here: 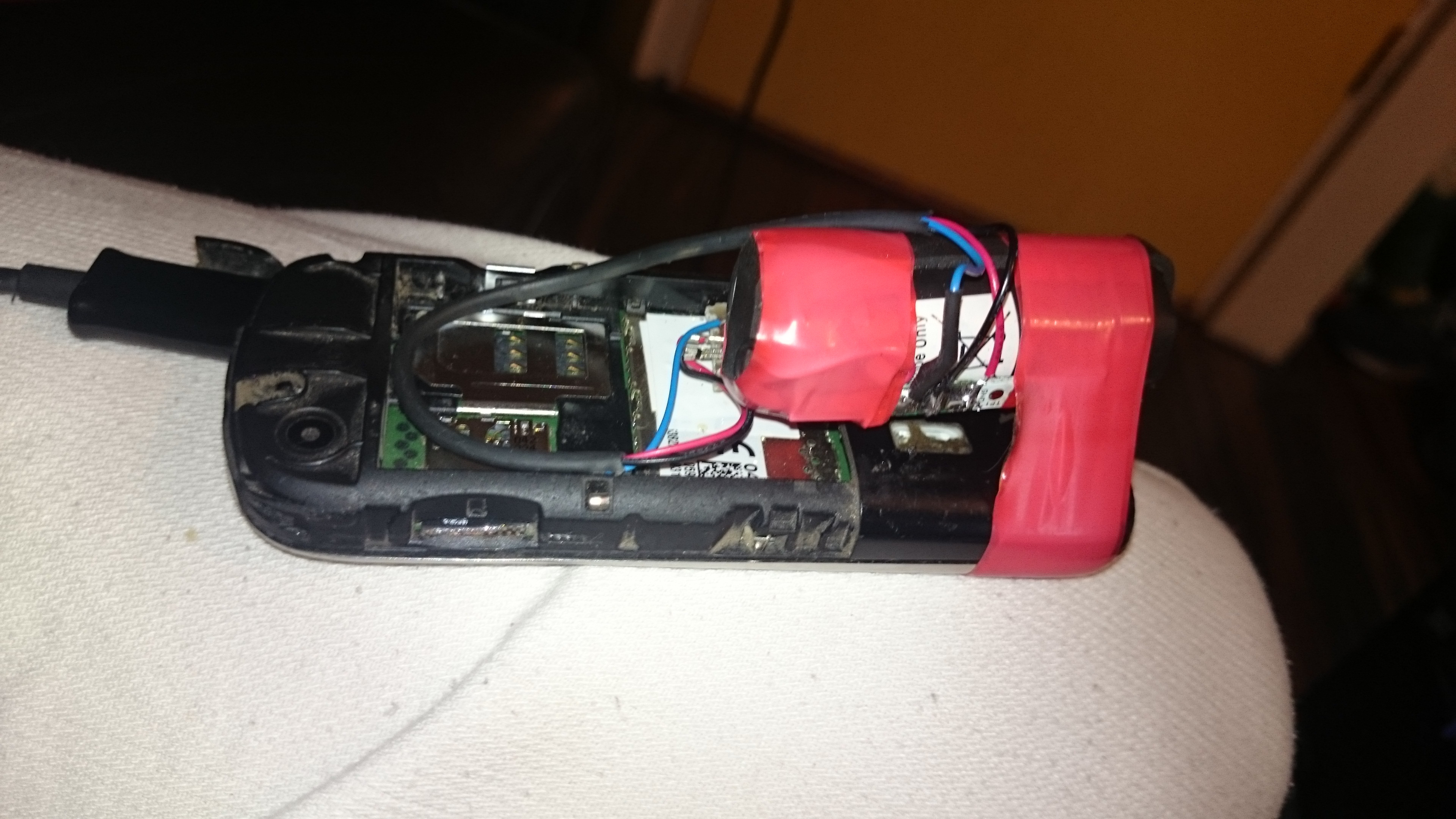 It’s not beautiful, but it is working and all contacts and sms are once more safe. Yet another happy customer :)